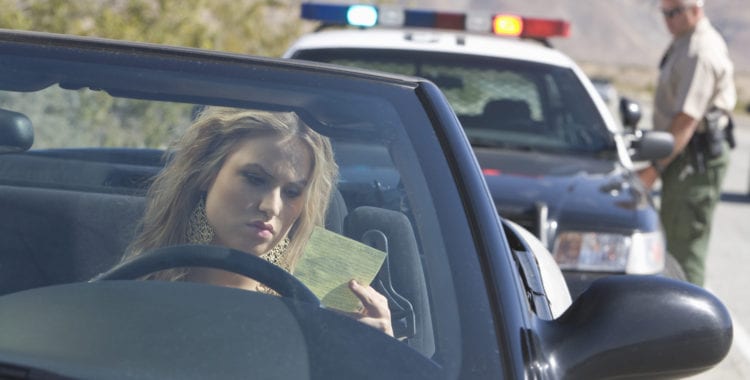 If you need a traffic ticket lawyer, the attorneys at DSK Law have decades of experience representing clients charged with traffic offenses in Arlington, Fairfax, Alexandria, Falls Church, Prince William, and other counties in Northern Virginia. Our attorneys have handled hundreds of traffic offenses which include felonies, misdemeanors, and infractions. It is important to hire a traffic ticket lawyer to advocate for you and contest a traffic offense because they are punishable by jail, a fine, suspension of your license

Traffic Infractions in Virginia are punished by a fine and points assessed by the DMV on your driving record. Some common examples of traffic infractions include, speeding less than 20 mph over the speed limit, running a stop sign or red light, expired registration, expired tags, and illegal U-turn.

Misdemeanor Traffic Offenses in Virginia are punished by up to 12 months in jail, up to a $2,500 fine, possible suspension of your license, and /or points assessed by the DMV on your driving record. Virginia penalizes misdemeanor traffic offenses harshly compared to other jurisdictions in the region and prosecutors will often seek jail time for many misdemeanor convictions. Some examples of common misdemeanor traffic offenses include Reckless Driving, Driving on a Suspended License, Driving on a Revoked License, Driving Without a License, Aggressive Driving and Hit and Run.

Felony Traffic in Virginia are punishable by over a year in jail, fine, possible suspension of your license, and points assessed by the DMV on your driving record. Prosecutors regularly seek longer jail sentences for felonies. Some examples of common felony traffic offenses include, Habitual Offender Driving on a Suspended License and Hit and Run. A third Driving on Revoked License conviction within 10 years is punishable as a class 6 felony.