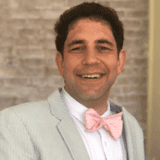 Brandon Sloane joined Dennis, Stewart & Krischer as a partner in 2022 following over a decade as a prosecutor in New York and Virginia. He is a lawyer’s lawyer as the third generation in a family of client-centered attorneys dating back to his grandfather’s do-it-all practice in Queens, NY following service in WWII. For Brandon, integrity as a lawyer, compassion for those we serve, and tenacious advocacy on behalf of his clients are not simply platitudes, but the lifelong foundation on which his practice is built.

After graduating from Georgetown University and the University of Virginia School of Law, Brandon began his career in the high-volume, fast-paced Nassau County District Attorney’s Office in New York. He cut his teeth on all manner of misdemeanor cases from assault to drug possession, and eventually worked his way into the office’s highly regarded Vehicular Crimes Bureau where he was responsible for prosecuting a caseload of 150-200 DWI cases at any given time, including a number successfully tried to juries. It was here that he first gained significant experience and insight into blood and breath alcohol testing, forensic toxicology, and the scientific instruments that underpin all successful DWI prosecutions. Additionally, he worked on felony matters to include drug distribution, felony assaults, check fraud, and even a long-term investigation into a dogfighting ring that resulted in successful indictments and prosecution.

After 3 years of large metropolitan office prosecution, Brandon returned to Virginia and joined the Fairfax County Commonwealth Attorney’s Office, serving the largest jurisdiction in the Commonwealth. Over 5 years, he established himself as a seasoned and thoughtful prosecutor working on all matter of cases up to and including murder from charging through jury trial. During this time, he served as the office’s designated prosecutor of criminal street gangs to include MS-13, 18th Street Gang, and other local and national street gangs. Additionally, Brandon tried 4 murder cases to verdict and handled to plea and sentencing in approximately half-a-dozen more. He was honored to be asked by his peers to routinely teach law enforcement and other prosecutors as faculty for the Commonwealth Attorney Services Council, at the invitation of the Attorney General’s Office, the Fairfax Criminal Justice Academy and the Northern Virginia Criminal Justice Academy.

Beginning in 2020, Brandon took a position with leading reform prosecutor Parisa Dehghani-Tafti as a Deputy Commonwealth’s Attorney in the Office of the Commonwealth’s Attorney for the County of Arlington and the City of Falls Church. There, he was responsible for not only a major crimes caseload that included successful murder prosecutions, but additionally was a supervising attorney responsible for managing a team of prosecutors focused on misdemeanor and vehicular offenses such as DWI. As an executive in the office, he was responsible for a number of significant advances and reforms with respect to implementation of a vertical prosecution model, diversion, discovery and the integration of body-worn cameras, and the use of data to further evidence-based best practices.

Brandon brings the same tenacious advocacy, litigation skill, and creative problem-solving that he developed in over a decade in prosecution to serving clients across the full spectrum of their legal needs with a focus on criminal defense in federal courts and jurisdictions throughout the Commonwealth such as Fairfax, Loudoun, Arlington and Prince William counties. Brandon’s proven track record of success and integrity will help you navigate whatever legal needs you have, from developing mitigation as part of the plea-bargaining process with the prosecution to preparing your case from intake for a full-throated defense at a jury trial. As a former prosecutor with significant experience handling the most serious cases, he knows what preparing to win a criminal case from the start entails.

When he is not in the office, Brandon can most often be found playing soccer with his wife and oldest daughter or being climbed on by his younger twin children in Fairfax, VA. He hopes to see Georgetown basketball play a meaningful game again in his lifetime.

U.S. Court of Appeals for the 4th Circuit

U.S. District Court for the Western District of Virginia

U.S. District Court for the District of Columbia